Relating - quotes from The Only Planet of Choice

Although I realise this post expresses a very controversial idea, one that has the potential to turn off at least fifty per cent of the people who read it, I decided to publish these quotes anyway.  I first read this book in 1993, the year it was published in the UK. As someone who was searching for answers, I was instantly intrigued by the book when I saw it reviewed in Kindred Spirit magazine. The book is comprised of a compilation of twenty years worth of channellings from extra-terrestrial beings called the Council of Nine. For someone who has always felt 'not of this earth', it wasn't hard for me to open my mind to the possibility that such communication was possible. It also seemed timely because I was feeling enormously pessimistic about the future of the planet and was in desperate need of some guidance that no human being was able to offer me and, since no religion had ever had 'the ring of truth', that avenue also felt closed to me. I have always felt that I am guided to the information I need when I am ready to 'hear' it and this book was just what I needed at that time. The information is delivered in a loving, non-judgmental way and, although not all of it holds meaning for me, the parts that do are powerful.  The following quotes speak of something that has concerned me for as long as I have known about the many ways in which one of the sexes is mistreated by the other and seems to come in answer to my passionate desire to understand why this should be so. I still do not understand completely, but what I have always felt is that women must have something very special for men to have fought so hard to control and subdue it for so many thousands of years. I believe that power is the creative power of the female. A power held principally by women but, as Tom explains, is also present in the male although denied and ignored. A power that has been feared, shackled and imprisoned, burned at the stake, drowned, raped, beaten, stoned, slaughtered, scorned, reviled and blamed. It is a power that is now awakening in the hearts of the women to be reclaimed and in those of the men to be remembered. Like the lioness of Strength, its raw creative power is being unleashed on the Earth, furious and wild. But its purpose is not to destroy as the corrupted male energy of the patriarchy has done, bringing the planet almost to its knees, but to heal, to rebalance and above all to create something new for us all.

Questioner (Palden Jenkins): I wish to ask about a statement you made in 1988, that "in the past, all power came from women." Now, could you expand on this, and tell us how did this change in history, such that women have lost their power?

Tom:  It is not "all power came from female", all power comes from female. It was not lost: it was taken, for control. The male had recognition that this was power, and by controlling it on a level of instinct, believed they then controlled power. This is why, also, in the brutality, the clubbing of women, physical or mental, they can then attempt to destroy that power, rather than understanding that male and female, interchangeable, may be two pillars that hold up the world.

Now you also understand that there has been a lash-back from those of female, and it is now beginning to come back into balance. Also, what was not permitted in the male was the identification of the energy of female that exists within them, for it does as a percentage, as a percentage of the male exists within the female. It is only when there is complete understanding of equalness, that then the world begins to evolve to its proper place.

In these times, in those countries not evolved - although you my think they are evolved - when they put less emphasis or love on a female child or destroy it, or continue to permit surrounding souls of Planet Earth only male vehicles for entering, then we ask how evolved are they? You see it is equal, the power is women, female, and it must be utilised by the male. And the male to be used in forwardness by the female. That is the partnership. Do you believe humankind will understand that?

Questioner (Irene): What has happened in modern times is that we have gone from a period of secrecy and control of the sexual act, done in the darkness, to rampant sexuality in the 1960s and '70s, to relative abstinence in the 80s, because it seems, humankind has not chosen to acknowledge any insight into this area.

Tom:  That is correct, and it is important that sexuality now be understood. Understand this: the sexual plague was not created solely from mistakes in science: it was also created from the consciousness of humankind to break its habitual pattern, so it may review itself. However, as in most cases with your world all things are overdone.

Tom:  It is important to understand this, for the emotion in your bonding is the highest returning to the source.  It is the connection achieved on reaching completion, the feeling of oneness with the other and the unity with Creation.  This is the drive behind the male continuously looking for that other side of being, the female, to make this returning to Creation - but because of misunderstanding and misuse it is rare that this return is truly made.  Do you understand?

Irene:  It's brilliant. But what is the drive of the female?

Tom:  The drive in the female is to be given the power to create, and only when the female is charged by male catalytic energy is the creation formed.  You see, this sexuality of creating acceleration in the female is, on a subconscious level, an anger at the population of males for the bondage with which it has encapsulated the female - for in its unconscious the male knew that all came from the female.

The female has now awakened to the strength of her being.  This anger emerged through promiscuity, to say to the males "you will not control my most important element, instead I shall abuse it", rather than make a commitment to self-control.  It is like throwing it into the face, for the male had done the abusing in the past.

Then with the collectivity of minds this abuse by males accelerated out of control, and the destruction of Planet Earth was the logical outcome. It began an inward tendency of devouring oneself.

Humankind has brought about the breakdown in sexual relations itself, to stop its limitation and corruption of sexuality, through enforced abstinence and fear. Now it is time for sexuality to be brought out in true understanding, and for humanity to return to a sane understanding of its connection with creation, and for the returning to the light at times of coupling, to rejuvenate oneself.

Irene:  That is also the beginning of the acknowledgement that Earth is paradise?

Tom:  Only on your Planet Earth does this uniting come about. It is the ultimate unity. Yes.

Taken from The Only Planet of Choice, Essential Briefings from Deep Space, Phyllis V. Schlemmer and Palden Jenkins, 1993 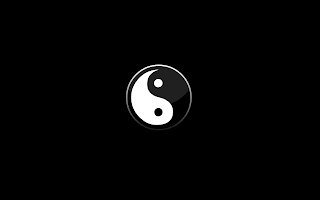 Read the second edition online (the above quotes taken from the first edition): http://archive.org/stream/TheOnlyPlanetOfChoice/planet_choice#page/n0/mode/2up
Posted by Kore at 11:26 PM