Bridging the Gap (Unification of Polarity): Beltane to Summer Solstice 2018


In this video Magenta is talking about the apparent split between groups working for the liberation and evolution of humanity. In reality, there are many different groups of individuals with diverse views but with one common goal, which is to liberate humanity from the control structure that for millennia has denied us the realisation of our full potential. For the sake of simplicity, she talks about one group she calls the Indigos and the other she labels the Starseeds. Both groups see themselves as being in service to humanity but each carries out this work in different ways. Magenta says that despite their common goal, their different beliefs about the way to achieve it can cause division between them.

The first group she calls the Indigos and this term originally came from the perception of a woman, Nancy Ann Tappe, who had synesthesia, and saw the colour indigo when she looked at certain people. The Indigos are said to have characteristics that set them apart from others, such as a strong sense of personal sovereignty, meaning that they have a natural understanding of their innate rights as a human being, along with an ability to see through lies and a passion for truth and justice. They do not defer to authority without question. Any individual or organisation that claims authority must continually demonstrate their worthiness to occupy that position through their actions in order to maintain an Indigo's respect and compliance. These days, many established structures of authority are being exposed as corrupt and self-serving and it is those who carry the Indigo energy that are doing the exposing. Consequently, Indigos have been called "system busters". They are determined to tear down the system they see as rotten at its core in order to allow something better to take its place, and so that their grandchildren and great-grandchildren will have a better world to live in. Nancy Ann Tappe said of the Indigos in 2009, "The Indigos are just now beginning to get a new awareness of themselves. All Indigos will do this. Half of them have come to tear down a system. The other half has come to build one. Which one are you? Sometimes you have to tear down in order to build. Hopefully your intention is to build." The Indigos see themselves as warriors of light, fighting in a battle between light and dark. This is their life purpose, what they came here to do.

The other group Magenta calls Starseeds or Lightworkers. She says that they hold the Krystal energy and are gentle, peaceful and compassionate. Magenta says they have come here to be, to feel and to project energy and allow energy to flow through them. Many of them are healers, clairvoyants, channelers and spiritual teachers. Their life purpose is to teach and transmit the vibrations of love, compassion and forgiveness. Magenta says that they have a "beautiful humility which is not lack of ego, and it's not being a victim but being humble and being in surrender and not thinking of themselves as being above anyone else."

Although both groups talk about the Illuminati and the Cabal and both want to see humanity freed from the control system, they do not agree on the way to do it. The Indigos see the Lightworkers as ineffectual and impractical, living in a bubble of love and light, with no real understanding of the issues at hand and what needs to be done to effect change. On the other hand, the Lightworker community see the Indigo Truthers as too focused on the darkness of the corruption in politics, the sex trafficking and paedophilia. They would warn against giving energy to those unwanted things in the form of anger or disgust which they believe feeds those dark forces and allows them to continue to exist. As Magenta explains it, the Indigos would say that the Illuminati are bad and evil and must be stopped, "Why should we forgive them? They've destroyed us." But the Lightworkers would say, "Yes, but we need to forgive them because if we don't forgive them we're not going to be able to move into unity and oneness because they are us."

Magenta says that these opposing views divide the very people who are aware - what she calls the activated individuals. She says that in fact they are all Starseeds, both the Truthers and the Lightworkers, and that they are all here for the same reason. So the separation that exists between the two groups serves no one but the service-to-self negative forces whose objective has always been to create division in human society with the divide and conquer strategy.

So, Magenta asks what would happen if there was a unification between the two groups? If the Truther community, which includes the UFO researchers and other researchers of grounded 3D "real" world issues, was to begin to open its mind to the existence of higher dimensions and the Ascension. And what if the Lightworkers began to realise the importance of not running away from the evil deeds of the Cabal being uncovered by the Indigos, and instead realised the opportunity for growth it presents for them to integrate their own shadow aspect?

During the recent period of the pink full moon and Beltane is when Magenta says there was a stargate, a bridge, which contained the seed points for the unification. When this unification happens, she says, it will bring about the downfall of the Cabal/Illuminati control system because the merge between the two polarities of grounded 3D Indigos representing the male energy and 5D lightworkers representing the female energy will be too strong. She says that, "every single one of these Starseeds is so focused within the pineal gland visuals that they are creating together and that creates a reality, and so the focus, the trajectory, which has always been the same anyway, but just from a different perspective, the trajectory unifies."

What she seems to be saying is that the unification between the two polarities of the male Indigos and the female Lightworkers is the outward manifestation of the unification that is taking place within each of us of the inner marriage of the Twin Flames, the Divine Feminine and the Sacred Masculine, the matter and the anti-matter, the alchemical transformation of carbon-based to silicon/crystal-based DNA. The merge and integration of the polarities within us is what creates unity on the inner plane of reality which then must be reflected on the outward manifestation in the physical world.

The Cabal cannot survive unity as the only way they can control us is by causing division and separation. The unified power of our collective focus on first exposing them to the masses and then on a world where they do not exist will bring about their demise.

In cases of domestic abuse or bullying it is an important step when a person decides to cease being a victim and to take charge of their life and their destiny. It's time now for humanity to do the same. 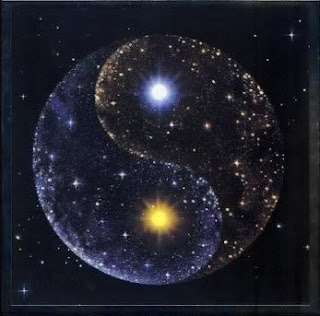